is the creator of Malthusian relativity and a Senior Scientists of theoretical population biology at the Greenland Institute of Natural Resources. He received his M.S. and Ph.D. at the University of Aarhus, is the author of A General Theory of Evolution and of numerous articles on theoretical and applied population biology. 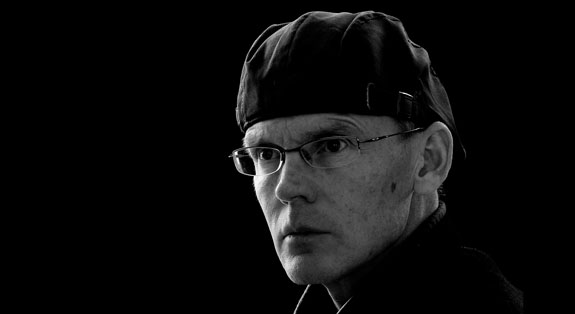 As student I was surprised by the lack of laws in evolutionary ecology. After all, the axiomatic fundament of biology seemed much more straightforward than the axiom of theoretical physics. Self-replication is a simple process that defines not only the origin of living matter, but also the origin of population growth and natural selection. But where is the intuitive and simple axiom that explains our universe of matter, energy, time and gravity from - apparently - nothing?

My interest remained relatively dormant until I visited Lev Ginzburg at Stony Brook University, New York, in 1992/93. For the first time, I met a scientist that truly questioned our few accepted laws in population biology, instead of defending them by arguments. After my return to Aarhus I could not help playing with the mathematics of allometries under the population dynamic constraints of intra-specific interactions. I could barely control my excitement when exponents popped out of my equations on an early Sunday morning; not only the well-known 1/4 and 3/4 exponents, but also unknown 1/6 and 5/6 exponents that were soon confirmed for pelagic species.

When I finished my Ph.D. on population dynamics and biodiversity conservation in 1994, my insights on selection by density dependent competitive interactions had grown substantially. I was dedicated to continuing my work and defined the axiom of deterministic selection by excluding contingent constraints from my equations. I could then investigate the potential for inevitable evolution, working 24/7 unemployed for three years before I introduced Malthusian relativity in 1997.

From the spare time birder to the philosopher of science. I am grateful to all that collects life history and ecological data. I would never have been able to construct Malthusian relativity in the absence of these.

I am equally thankful to theoreticians. Let it be the ancient philosophers that developed the languish of mathematics. My math teacher---the International Correspondence Chess Grandmaster Jørn Sloth---who showed me the power of mathematical deduction. My biology teachers---Volker Loeschcke, Freddy Bugge Christiansen, Tom Fenchel and Lev Ginzburg---who thought me population thinking. To Newton and Einstein for showing the way by deducing the physical world from axiomatic assumptions. And to the biologists that developed diverse biological concepts in the past: many of which are integrated as sub-components in Malthusian relativity.