The need for evolutionary determinism 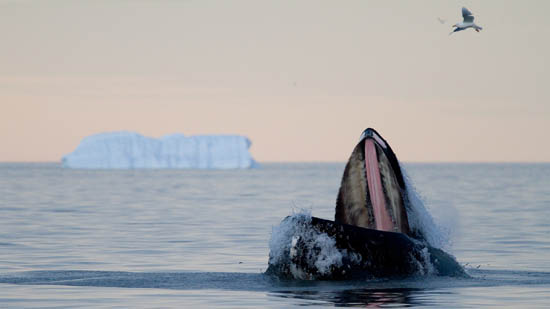 from the absence of a universal selection that will make replicating molecules evolve into large multicellular animals, like this humpback whale that is followed by a glaucous gull during its feeding on capelin at midnight in Disko Bay. Photo L. Witting

Think of the evolution of the physical Universe; and then of biological evolution.

For the Universe, you probably have a clear view; a big-bang that created an expanding universe, where gravity pulls inert matter into stars and planets, with the gravity of stars initialising a nuclear fusion that produces light and heavier atoms from hydrogen.

For biology, you might see nothing but mist; no view of a clear mechanism for the evolution of large multicellular organisms with sexual reproduction. The reason is that biology has no such widely known theory (Malthusian Relativity is such a theory, and it has been around for almost twenty years, but it is generally not widely known, at least not in detail).

Yet, evolutionary biology has survived on contingency and the related argument of no overall direction. But when the theoretical bar is raised, and energetic trade-offs are selecting for nothing but fast self-replicating molecules, it becomes evident that evolution needs a universal force of selection that will make the biological universe unfold, just as the physical has unfolded from big bang and gravity.

This force is likely to spring from the origin of the self-replicating molecules that define the essential transition from inert to living matter. And with natural selection emerging from heritable differences in the rate of self-replication, this origin is not just an origin; it is also the creator of the essential force.

So relative to physics, I think that biology is at least in an equally good position to construct a causal theory of deterministic evolution. We only need to develop the logic and mathematics that show that the origin of self-replicating entities creates a selection that explains the evolution of the diverse organisms on Earth.

It is essential that we keep clear of the pitfall of flawed evolutionary interpretation when we construct our theory of evolutionary determinism. This is done by keeping the theoretical bar as high as possible, i.e., by letting all the phenotypic traits in the theory be explained by the selection. Although tempting, we should not include evolved traits as assumptions that are confirmed by observations. This is because we cannot known which traits to include, and which traits to exclude, in order to get the natural selection causality right. The selection causality needs instead to flow exclusively from the logic that follows from the origin of the self-replicating entity.