The collapse of evolutionary theory 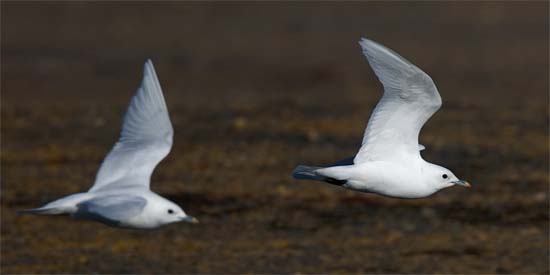 should not be able to evolve if the logic of traditional selection theory is taken to the limit. All the biochemical energy that is contained in their mass, and in the splitting of the replicator into two sexually reproducing individuals, should instead be selected into fast replication; leaving nothing but self-replicating molecules in the world. Photo L. Witting

A way forward is to raise the bar of what is required theoretically for an evolutionary theory to work. While this will also not confirm that a proposed theoretical causality is the true driver in nature, it may at least remove the contingent pitfall, and drastically reduce the number of possible evolutionary explanations.

The simple way to raise the bar is to require that the natural selection of a model should explain the evolution of all the phenotypic traits that are included in that model (Witting, 1997, 2008). This will remove the pitfall, as the theory will then be self-contained in the sense that it contains no unexplained evolutionary traits that are responsible for the selection of other traits. And as natural selection is usually defined by differences in the rate of self-replication, this bar has the additional advantage that it will explain the natural world as evolving more or less deterministically from the origin of self-replicating molecules.

When this bar is applied to classical selection theory, it fails to pass, and the whole house of cards of evolutionary explanations collapses (Witting, 1997, 2008). The trade-off between current reproduction and future survival is smaller in smaller organisms, and this selects for increased reproduction and the absence of body mass. The two-fold cost of the male selects against males and non-trivial sex ratios. The two-fold cost of meiosis against sexual reproduction. And the cost of resource sharing against eusocial colonies. Quite generally, when the increased bar is applied to classical selection theory, we predict nothing but the evolution of small self-replicating molecules.

The only firm conclusion seems to be that the classical selection theory is not a predictive theory of evolution by natural selection causality. And this should not come as a surprise, as the traditional contingent paradigm – when taken to its limit – implies an evolution that cannot be predicted forwardly, but can only be understood backwards after its actual unfolding (e.g., Mayr, 1988; Salthe, 1989; Gould, 2002).